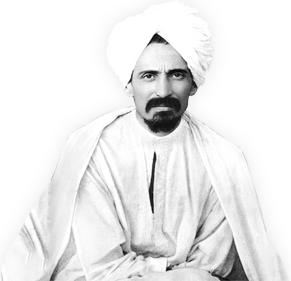 The Beginning of History

India is, and has been a land of seers since the beginning of history. Satguru Mahatma Mangat Ram stands in this great tradition connecting the past with our present, and with the future of mankind. He was the most profound exponent of “Samta” or oneness. His teachings are the quintessence of Samta. He taught nothing that he did not practise, and practise to perfection. It is only in the family of chosen ones that a man of God is born. Blessed also is the land where such an event takes place. Shri Mangat Ram Ji incarnated in a pious family in village Gangothian Brahmana, Tehsil Kahoota in Rawalpindi district (Pakistan) on Tuesday, 24th November 1903. Even as a child of about 3 years, Satguru Mangat Ram ji would get up in the middle of the night and start meditating for hours, well past into midnight. He was admitted to school at the age of five. By the age of eight years, Satguru started leaving home at midnight. He used to go to a deep ravine near the village and sit in contemplation on a stone by the river. It was no ordinary feat for a child to leave the comfort of home for hard penance at a desolate place. He was good at studies and was personally offered a scholarship by the headmaster to complete his studies right upto post-graduation. He, however, consciously renounced formal education at this point of his life. This seemed to him to be too self-centered. As he said later, his sole aim was the divine knowledge itself explained with a view to benefit the ignorant of the world. His food intake right from the beginning was very meagre, during last 14 years of his life he sustained himself on a mere glass of tea in a day. This is nothing less than a miracle in itself. He took up a job at the behest of his mother but gave it up when she died. He remained in service of his mother till her death in March 1928 and felt relieved thereafter from his final domestic responsibilities. He remained a bachelor and a true ‘brahmchari’ throughout his life and led an ascetic life of intense unremitting contemplation. He was an embodiment of simplicity, humility & intellectual excellence.

As already mentioned, Satguru was deeply absorbed in God’s love right from childhood. When he was studying in class VII, he went into uninterrupted meditation for 40 days; Such a penance was no easy task. He attained self-realization at the age of thirteen.

Three days after this incident he was sitting near the banks of rivulet outside his village. Suddenly the first three words of the “MAHAMANTRA”appeared to him, thus:“Om, Brahma, Satyam”. The second day he emerged with “Nirankar, Ajanma, Advait Purukha”. On third day he was blessed with words “Sarvavyapak, Kalyanmoorat, Parameshwaraye, Namastang”. Each day he would note them down on a piece of paper. How child-devotee Mangat Ram found God or came across the divine light of truth has been described in the sacred words of the “Mahamantra” for the edification of seekers of God. Later he fully expounded the significance of this “Mahamantra” in a section of his magnum opus “Shri Samta Prakash”. In that work, he has explained in some detail each word of this 13 word mantra. Readers may find the mantra in its original form at the beginning of this book. It is enough to say here that this “Mahamantra” carries a significant effect. There is a special power inherent in it. Sincere and repeated recitation of this “Mahamantra” has been found to bring great benefit. It is also helpful if recited before starting any auspicious undertaking. Satgurudev Mahatma Mangat Ram Ji sees similarity in the teachings of the founders of all religions the world over. The principle aim was to redeem man from the transient world he is born in and enable him to realize the bliss that is true and real. Satgurudev Mahatma Mangat Ram Ji had deep respect for all great souls. He accordingly advised study of their lives and teachings with reverence. However,he cautioned against the futility of study if it was merely a mental preoccupation. He says : “The greatness of prophets and saints alone will not bring salvation unless their noble principles are actually adopted in life”. The revelatory verses of the “Vani” welled-up from the depth of his “Samadhi” and flowed for hours together. Bhagat Banarsi Dass who served at the master’s feet for over 16 years collected as many of these as he could and compiled them into “Granth Shri Samta Prakash”.

Revelation and doctrine converged on a single focus : Samta – the point where difference and duality vanish, the state wherein the mind ascends the world of senses, and where phenomenon entities and experiences disappear and the individual being merges into the supreme being transending time and space.

With deep meditation, constant self-remembrance and complete Brahmacharya (celibacy), Satgurudev Maharaj Mangat Ram Ji had attained the supreme state of yoga. Vairagya (dispassion) within him had grown to boundless proportions. There was nothing more to be attained. The only mission before him now was to guide people who were burning in the fire of desires and snares of the senses. They were to be made aware of the real aim of life and introduced to true happiness and peace. Simple ways of spiritual progress were to be outlined for them . He preached what he practised on himself. He was an embodiment of exquisite humility, undaunted fearlessness and an undesiring state of mind : a true example of Selflessness. He left his mortal frame on 4 February, 1954 at the young age of 50 years at Amritsar in Punjab. He was the greatest exponent of samta which he described copiously in the two “Granths” “Shri Samta Prakash” and “Shri Samta Vilas”. These scriptures are an ocean of spritual knowledge for seekers of Truth or Ultimate Reality. 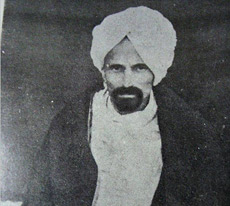 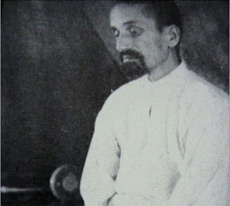 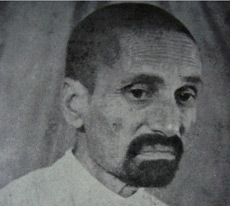 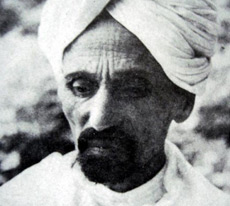